A great presentation explaining why the electoral system is destined to fail. 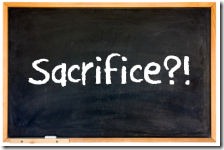 The latest fiscal cliff fiasco and the ongoing financial crisis in Europe and Japan spurred a lot of discussion on the net. Some blame it on the politicians not doing their jobs. Some blame these politicians being stupid or "not having enough political will". Personally I do not under what this last phrase means at all. At the extreme, there are people blaming other nations being lazy or not willing to sacrifice. We have to wonder if these finger pointing actions address the root of the problem at all.

The Politicians Are Doing Exactly What They Are Supposed To Do

Anyone who is angry with the politicians in how they are handling the financial crisis should chill. Just calm down. Now, read this quote from Jean-Claude Juncker, one of the famous European politicians,

“We all know what to do, we just don’t know how to get re-elected after we’ve done it.”

Politicians are elected to do a job. They will be voted out of the office if they no longer get enough vote to be re-elected. This fact alone is enough to guarantee the politicians would not choose to support any political actions that will reduce their chances of being re-elected. Why would these politicians choose to end their successful careers? They have to act responsibly for themselves, their family members, and possibly their related business partners too.

Now, isn’t it clear that the financial crisis is the result of excessive debt creation? In layman’s terms, these governments (and big corporations) were borrowing so much money they cannot afford to even pay for the interest.

It is common sense that if such debt is removed from the financial system it will induce significant job losses. People out of jobs will blame it on the choice chosen by the politicians. Whoever supported the idea of debt reduction is asking for an end to their political careers as people losing their jobs and money will not be happy voters towards the incumbent politicians.

This is the perfect Catch-22 situation.

Voters will not vote politicians promised to mess up their lives, period. Politicians voted into the office running the governments will not vote in favour of actions that will terminate their political careers. Thus, the voters and the politicians working together to avoid solving the problem together.

As Juncker said, "We all know what to do." The obvious solution is to force a reset of the system, bankrupt the entities that are not functional, and let the system rebuild itself. But such process will surely result in massive unemployment and social unrest, even though the economic system can rebuild properly. Thus, the discussion of any political solution to the worldwide financial issues is a waste of time.

Here we are, right at the root of the problem. Namely, a political system based on electing humans to govern will always fail in crisis situation unless majority of the people involved have accepted the fact that they have to suffer with everyone else in order to turn things around. What I am talking about is not something new. Studies have been done on crisis handling and how tough choices would be made only if the group as a whole believes that there is no other way out.

Translating that into the case of our global financial crisis at this moment, it means that only until majority of all the people in the world are suffering and not doing well, there will be no agreement to a global reset of the financial system. The system may keep failing here and there, but total collapse is not something that will happen overnight. So it may take many years before we see a change in sentiment among people asking for fundamental change.

It is similar to how communism suddenly gained popularity long time ago. Majority of the people at the time was suffering so bad that to these people, the idea of sharing the wealth of others was a good one because they have nothing to lose. At this point, the world is far from reaching such level of suffering among the people. It may take a whole new generation of people coming into working age with next to nothing in their procession, while the oldest population and early baby boomers no longer control the majority of the votes, before significant shift in political sentiment can happen. Even in Japan that has not happened yet.

Every Man For Himself

There is absolutely no point in blaming a particular political party or certain politicians. They are as much opportunists as the politicians you preferred all along. If you do not think that is true, maybe equal them to the other well hated type of people like corrupted corporate executives or robbers. Learning to accept this as a fact of life will steer you towards the more productive matters – how to profit from the situation and avoid being marginalized by the continuous deterioration of the economic condition for those who are not in control.

Significant trading opportunities is right in front of us every day. Money can be made from trading index futures, forex, and other global markets. You can stand still and continue to hope that your job will not be the next one being axed. You can also hope that getting another degree would give you better opportunities in finding a better job. But why put hope on things that are now understood to be not functional?

Take advantage of the system now and make money for yourself instead of wasting your time cursing the politicians for not doing their jobs. Prioritize your time and effort to learn how to money from the markets. As a normal person who is not in the position to change the world, you should focus on take caring of yourself and your family. After all, it is every man for himself.

Leave the world changing goals to the superheroes for now.